Catalogue  with all technical details

Aleksandra is an award-winning writer/director and a successful visual effects artist. Her debut feature ‘Dolls Can’t Cry’ starring Lara Belmont together with her short films have been screened and awarded prizes at over 50 film festivals worldwide. Visual effects credits include top rated films and TV series such as ‘Outlander’ and ‘Fear of the Walking Dead’, and recently released ‘Suburbicon’ (dir. George Clooney). She has been nominated awarded an Emmy Award for her work on David Attenborough series in 2011 and nominated for two Emmy Awards in 2016 and 2017. Her latest feature film project as writer/director was selected for development programmes run by Script 2 and the Andrzej Wajda Studio and has support from the Polish Film Institute for further script development. 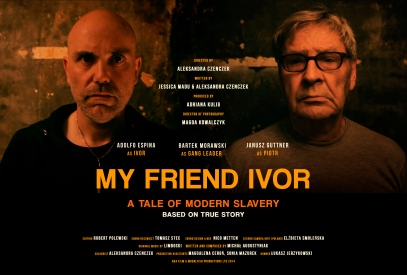 View all posts by fabulosis_films